Vikings Group has pledged to raise $60,000 for OzHarvest over the next 12 months, as well as donate 1000 cans of non-perishable food. The pledge will support OzHarvest in their mission to eliminate hunger and educate the Canberra community about food waste and how to prevent it.

OzHarvest is Vikings’ second Charity of the Year, following on from Red Nose. After a successful first year running the program, Vikings Group CEO Anthony Hill is trilled to continue the growing tradition.

“Providing any help to local charities has been a pleasure for Vikings, we’re grateful to make any difference we can. We chose OzHarvest as our new Charity of the Year because it contributes greatly to the local community, and also touches on key issues such as hunger and food wastage.” Anthony says.

The program will see a variety of initiatives run throughout the year including food drives, Vikings restaurant food donations and game day soup kitchens.

“This is more than just a one off donation, it’s about building a lifelong and strong partnership with a local charity.” Anthony says.

On average, Australians throw away $8-10 billion of food every year, which equates to approximately $1,036 worth of groceries a year for one household. At the same time, there are still two million people across Australia who rely on food relief every year.

OzHarvest operates across Australia, and since 2004, has saved more than 20,000 tonnes of food from waste. Its food rescue initiatives have supported over 900 charities and delivered 60 million meals to those in need.

Dave Burnet, OzHarvest ACT Territories Manager, is grateful for the opportunity to work with Vikings Group and looks forward to the year ahead.

“This is a great opportunity to partner with a fantastic organisation. Vikings’ history in supporting charities such as ours gives us hope that through this partnership we can continue our work amongst the local community, and across Australia,” he said.

OzHarvest ACT is proud to be part of the Canada 150 Charity Ball to be held at Old Parliament House in Canberra on Canada Day, Saturday July 1, 2017. Presented by Air Canada and CAE it promises to be an inspiring and entertaining night as we celebrate the values of compassion and community spirit shared by Canadians and Australians alike.

All funds raised at the event will support OzHarvest and the Tara Costigan Foundation – two exceptionally worthwhile charities. OzHarvest is a very well-respected and well-known national charity that collects excess food and redistributes it to more than 800 charities across Australia. The Tara Costigan Foundation is a local ACT charity that aims to raise awareness of domestic violence and funds “Tara’s Angels” – social workers who work with victims of domestic violence.

This black-tie ball promises to be an amazing evening with a pre-dinner cocktail reception, a delicious three-course dinner, fabulous entertainment, dancing, and live and silent auctions, with something for everyone.

The Honorary Co-Chairs of the Canada 150 Charity Ball, the High Commissioner of Canada to Australia, His Excellency Paul Maddison and Mrs. Fay Maddison look forward to you joining them to celebrate Canada’s 150th Anniversary of Confederation. 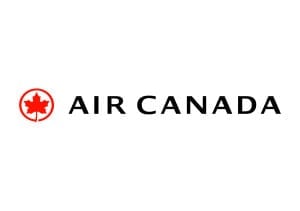 In celebration of an enormously successful 2016 Christmas campaign, MAX Employment Canberra presented a $2,180 donation to OzHarvest Canberra today allowing us to rescue more quality surplus food and help individuals and families in need around Canberra.

The 2016 MAX Employment Christmas campaign placed 436 local Canberra job seekers into work, with $5 for every job seeker placed during the campaign going to OzHarvest Canberra.

OzHarvest Canberra Manager Dave Burnet said the generous donation is critical to their operations.  “This is a great way to start the year. MAX staff raised over $2,000 as a result of their Christmas campaign and this means we can deliver over 4,000 meals to local charities,” Mr Burnet said.  “Without the generosity and hard work of businesses and individuals in the local community, our vans would grind to a halt, and that would mean over 60 charities and programs would miss out on free rescued food. The great thing about donations like this is people can see exactly where their donations are going; straight back into their own backyard, helping people in this great city.”

MAX Employment Regional Manager Joanne Bryce said it’s a great way to help local charities and people as well as the environment by using quality excess food. “The OzHarvest team do fantastic work helping stock the fridges of those in need using food rescued from a range of sources to reduce hunger and food waste,” she said.  “MAX was very happy to be able to contribute money to their cause as part of our successful 2016 Christmas campaign that placed so many job seekers in the region into sustainable work.”

The MAX Employment Christmas campaign resulted in 18,844 placements nationally and more than $94,000 in donations going towards local charities including Rosies, Friends on the Street, Lifeline and Anglicare. 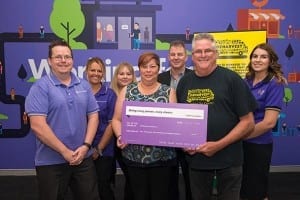 Handover of cheque donation from MAX Employment Solutions in Tuggeranong Canberra to OzHarvest.

The team from Accenture joined us for Cooking for a Cause recently at 3seeds Cooking School located in the Fyshwick Markets. Chef and owner Andrew Haskins had the Accenture crew peeling and chopping, slicing and dicing, frying and baking with quality rescued produce and they ended up cooking a mountain of meals for us to deliver to local Canberra charities.

It was a lovely afternoon and it was clear the Accenture staff (some of whom had never met!) enjoyed working together to help the community (and have a huge amount of fun!).

Thanks Accenture and thank you Andrew and Catherine Haskins from 3seeds for helping us feed people in need!

For those interested in participating in a cooking class with purpose and cause, please contact us at: [email protected]